Welcome to Me By Me 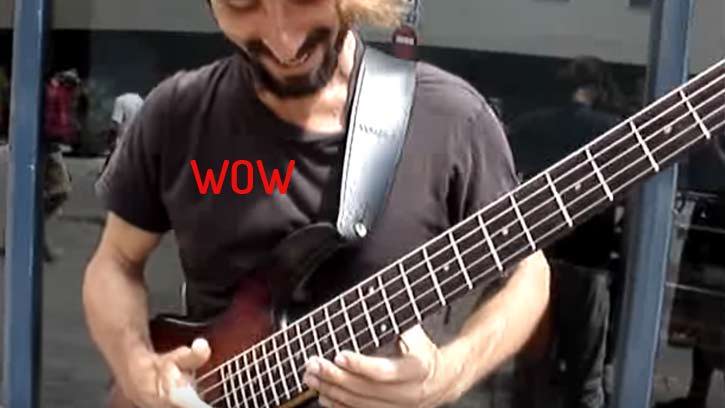 A study conducted at McMaster University in Hamilton, Ontario, set out to determine the importance of low-frequency information on music listeners.

Their results, published by the Proceedings of the National Academy of Sciences, were revealing.

The study notes that music contains streams of tones throughout the auditory spectrum and is polyphonic, or multi-voiced.

And you don’t need this study to tell you (but it does) that the most important melodic information is carried by the highest voice, such as the lead singer or lead guitar, and the most vital rhythmic information by the lowest voice, i.e. the bass.In the study, participants were played high- and low-pitched tones simultaneously, with the tones sometimes shifted in time: either the high-pitched tone was off the rhythm or the low-pitched was.

What does all this mean? It means that if you play rhythmic music like rock, metal, blues, jazz or what have you, listeners are more likely to start grooving to the bass than they are to the guitarist’s slick fretwork.

Mind you, check out this street bassist, he's so good could give us guitarists a run for our money!By The Way, look at the pedestrians in the glass reflection! They do not even pay attention to what he`s doing! True music is so underrated...﻿

Back to blog
100% secure and protected payments

Your wishlist is currently empty.