Johnny Depp surprises everyone with his shredding! Even Alice Cooper can't hide his surprise. 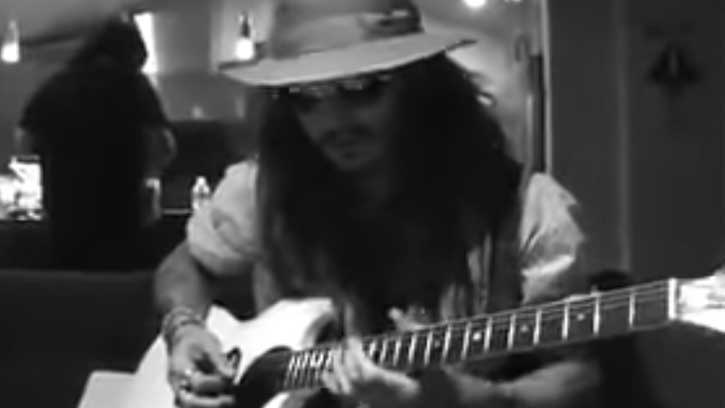 While hanging out backstage with Alice Cooper, Johnny Depp picked up one of his guitars and showcased his skills by shredding an amazing improvised solo!

Johnny has some serious guitar skills, which makes you think about why his music career hasn’t out shined his acting career.

Not to put down his acting, because he’s one of the best in the business, but you have to wonder what happened that caused him to focus on movies more than music!

It’s clear that the man is multi-talented, and we’d love to hear more from his music career!