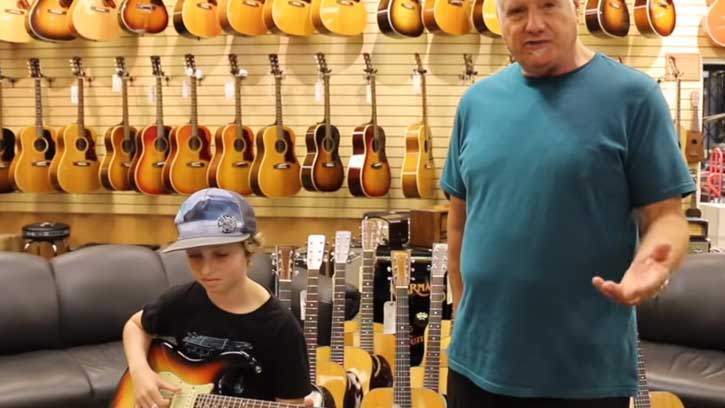 12-year old Jaden Lehman recently walked into the world famous Normanâs Rare Guitar Shop, and stunned everyone in the building with his phenomenal skills!

Jaden simply wandered in, and began to improvise some blues and jazz.

His playing was so great that Norm (the owner and manager) walked out of his office in sheer amazement!

He immediately began comparing Jaden to Joe Bonamassa, saying that Joe came into his store at the same age, and eventually became a superstar! Another awesome thing, was that Norm loaned Jaden a beutiful, rare 1964 stratocaster to shred on!

Watch the video an enjoy...