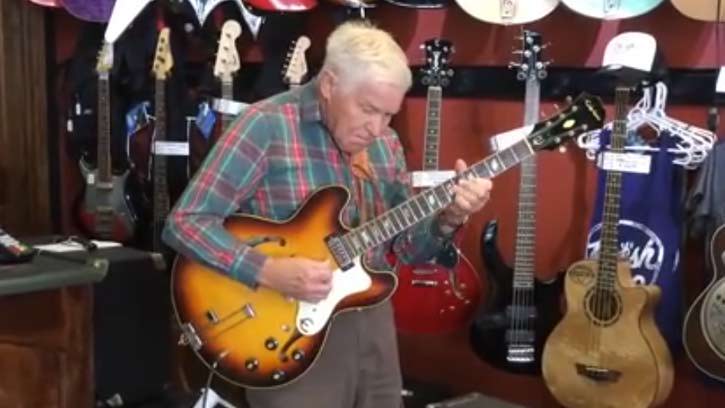 Mr Wood is from Nashville, Tennessee and when he walked into this guitar shop, he got everyone's attention.

Bob playing an impressive version of the standard “Besame Mucho”.

Yet Mr Bob Wood is not any old senior guitarist.

He has nine children of his own, grew up playing music in the Shenandoah Valley, and was signed on as a regular performer at Jamboree USA in Wheeling, West Virginia, in 1970, where he performed for 10 years.

He was named Entertainer of the Year by Eastern States Country Music Inc., and in 2007, he was inducted into the Southern Legends Country Music Hall of Fame.

Wood cut several albums during his career, including an ice-cold piece of ’70s-era cool, Bob Wood Plays It Cool.